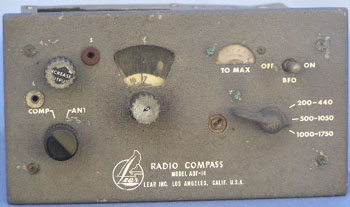 Click to view Block diagram in a new window..

The receiver is a combination communications receiver and automatic direction finder. (ADF)

It operates over the frequency range of 190 -1750 kc, covered in three bands.

It is primarily a navigational device, locating the direction from which radio signals are received in order to give the operator a bearing which is displayed in degrees of azimuth on a direction indicator. It may be used for both aircraft homing and position fixing, using any type of transmitted radio signal within its frequency range, whether modulated or unmodulated.

When used as a communications receiver, the set is capable of receiving amplitude modulated and unmodulated radio signals in its frequency range.

It can also be used to receive radio range (NDB) signals. 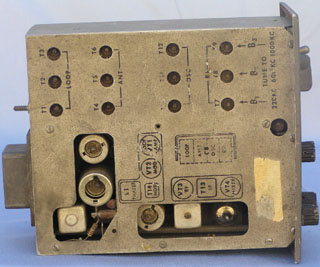 Power input is 24v at 3.7 amps. Power consumption is 104 watts. (Many sets have been converted to 12 volts, some at the factory)

Audio output impedance is 3.2 ohms. There are 16 valves in the receiver. 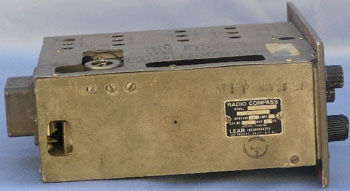