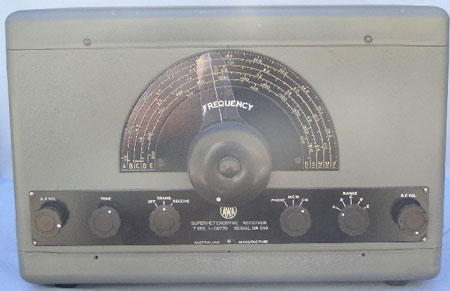 The AWA C6770 Communications Receiver was generally used in conjunction with the 3BZ Teleradio Transmitter and hence is commonly known as the 3BZ Receiver.

This equipment were derived from the 3B series which were used on outpost stations in the South West Pacific prior to WW2.

During the war the equipment was used by the Coastwatchers, who used the radios to report the location of the Japanese shipping, troops and aircraft movements from behind enemy lines.

There are many variations of the receivers, but they all have the designation C6770 as a suffix. Variations include different power supply requirements and various mounting arrangements.

The receiver is a 5 valve superhet, designed to give economical and efficient operation where the larger type of communication receiver is not called for. The valve line up is as follows:

Technical Details: Power Output is 850mw, Output Impedance is 1.5 or 8 ohms for a permag speaker, plus 600 ohms for headphones or line. 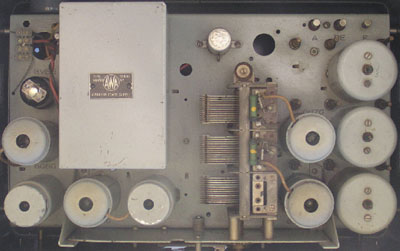 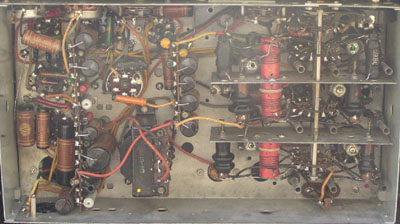