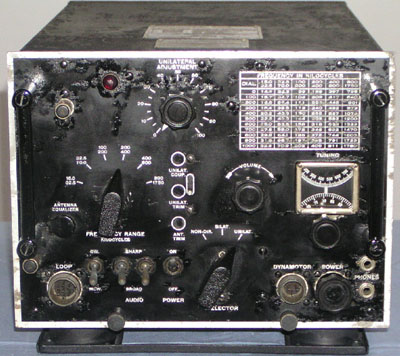 The DZ-2 was built by RCA , Camden NJ, for the U.S. Navy for use in naval aircraft as a Radio Direction Finder. With a contract date of June 30 1939, the receiver is an interesting example of pre-war design.

The sets are relatively rare, with only a few thousand having been manufactured. The example is serial number 5.

As the dial is not directly calibrated in frequency, a calibration chart is provided on the receiver front panel.

The receiver was powered by the aircraft's 24v DC power system, with the HT being provided by a separate dynamotor. The receiver can be used without the direction finding loop and covers the NDB's and the whole AM Broadcast Band.

The display receiver had suffered, firstly by some enthusiast's modifications and secondly by being poorly stored and pressure cooked in a shipping container for 6 years. Aluminium does not like these conditions and the set needed quite a lot of restoration work.

As the dynamotor was not available and the filaments had been rewired for 6.3v AC in a previous life, an external mains supply was used to provide power. HT of 250 volts is satisfactory. The output transformer had been removed as it provided headphone output only. This was subsequently replaced with one capable of speaker and headphone output along with balanced 600 line for use in the museum. 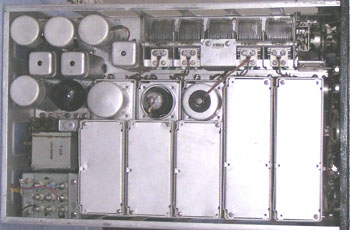 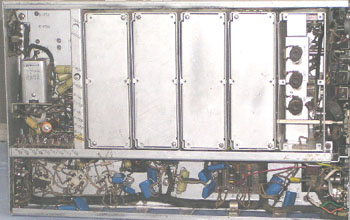 View of tuning capacitor and side view. 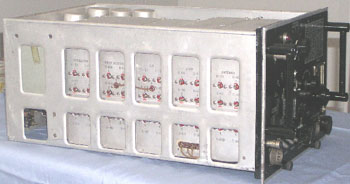 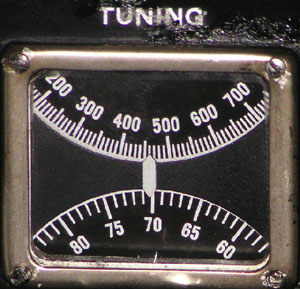 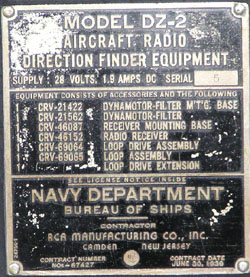 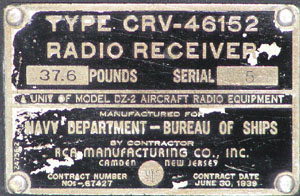 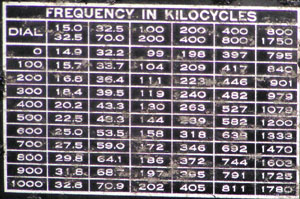