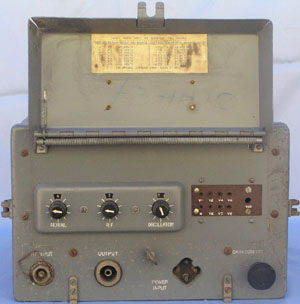 The unit is an I.F.F. (Identification Friend of Foe) Responsor. It is basically a VHF superhet receiver, configured to drive a visual indicator unit. The unit works around 170 Mc/s. The unit has 2 identification titles, IFF Mk3 a British Army designation and APW 4790A being the Royal Navy designation.

The units were generally ground or ship based. They were often associated with anti-aircraft radar installations. One application in Australia was with the army A.A. Radar No1, Mk2 also known as G.L. Mark 11.

How the unit worked : Allied aircraft were fitted with I.F.F. equipment which mechanically swept the radar frequencies used by the allies, typically in the 165-220 Mc/s range. On receipt of a signal from ground radar, the IFF transponder on the aircraft transmitted an identification pulse, which was picked up by the ground responsor. The pulse was then displayed on a cathode ray tube. If a pulse was returned, the aircraft was deemed friendly and not fired upon. No doubt forgetful people had a sudden reminder to switch their IFF on!!!

The units had wide band receivers and although hundreds of units were released after the war, they were not very useful. A few brave souls used them on 2 metres - they were great until more than one signal appeared on the band. All signals tended to mix together. Most were wrecked for parts - even then there was not much of use in them.

The unit was designed for use with an external 240 volt power supply. The power supplies would have been of more value to radio hams than the responsors were! 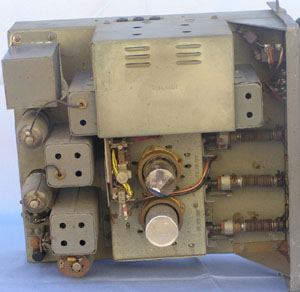 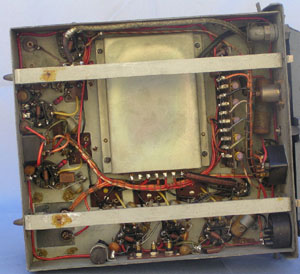