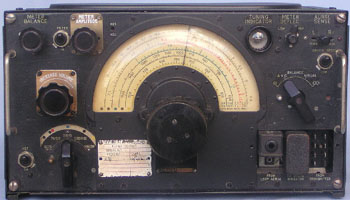 History and Aims of the Museum

History of the Museum

The museum was originally set up by Ian O'Toole at his previous home in Castle Hill, Sydney in the early 1990s. It was based on his collection built up over many years, which he felt should made more accessible to the general public as well as those interested in military radio. It was housed in a specially built building but as the collection grew this rapidly filled up.

On Ian's retirement from full time work in 2002, he moved to the present location at Kurrajong on the outskirts of Sydney where a much larger building was present on the site. Since this time he has made major changes to the museum building and surroundings as well as setting up the many hundreds of exhibits. The museum was officially opened in May 2006.

Aim of the Museum

The aim of the museum is to preserve military radio equipment and display it for all to see.

Unlike normal museum collections, the intention is to have the majority of the receivers operational so that visitors are able to experience the feel of equipment from a previous era.

Information, when available is provided for other enthusiasts, so please don't hesitate to ask. Collectors are also invited to contact Ian to exchange information and compare notes.

Much disposal equipment is being thrown away. Please assist by informing others that it can be given a good home at this museum. Manuals and other documentation are particularly valuable as they are the key to restoring the equipment to working order. Please contact Ian if you have or know of manuals or equipment that is being disposed of.

Go to the Home Page from the navigation bar or if absent, use the link below, for Ian's contact details.