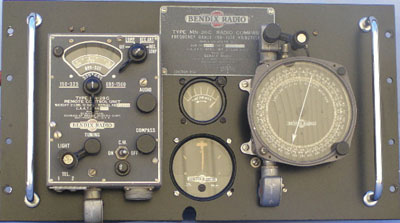 The MN26 is an aircraft direction finder type superhetrodyne receiver. There are at least 6 different models of this receiver, the most common being the MN 26C which tunes 100 - 1500 kHz in 3 bands. The input voltage for this model is 28 volts dc (5 amps peak)

The receiver itself was located remotely in the aircraft and operated by remote control so as to save cockpit space. For a tuning meter the MR57A is used and the IN4A for left/right homing. The D/F loop (MN20 or MN24) was located either above or below the aircraft and was hand rotated using Bowden drive through an MN22A or MN52A control head.

The MN26 was a commercial unit as opposed to one designed specifically for the military. Although many of these radios were used by the military, they were eventually replaced by the automatic D/F types in the middle of WW2, types such as ARN6, ARN7 and BC433G.

The MN26 was a popular receiver after the war as a high performance broadcast receiver. After the D/F section was removed, what remained was quite a sensitive 8 valve receiver. Published conversions included sawing off the rear end of the set, mounting it under the driver's seat and hey presto! one had a super hot receiver for the car.

There was provision for direction finding in other receivers by use of a manual loop such as the LF version of the ARC 5 and the RA-10B. The AWA AR8 (Australian) had D/F coils fitted to use with a manual loop.

Band change was by an electric motor and tuning by a flexible drive through the MN28A control box.

The MN26 will take D/F bearings on "Compass", act as a standard receiver on "Rec Ant" using a short vertical antenna and will also receive stations with the loop antenna on "Rec Loop".

Being fully remote controlled, few receivers remain in their original form. The display receiver is fully operational, as intended for aircraft operations. 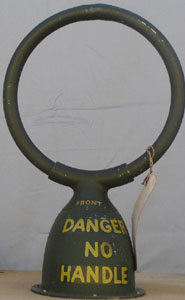 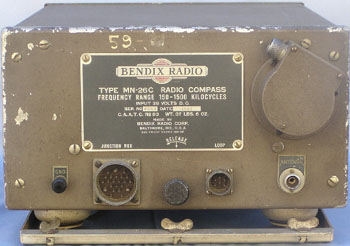 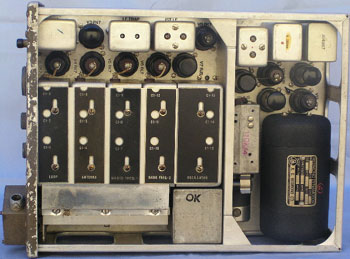 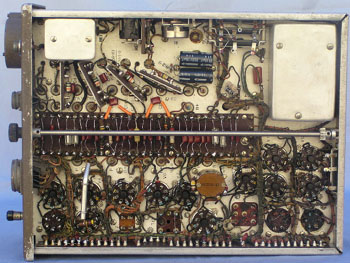