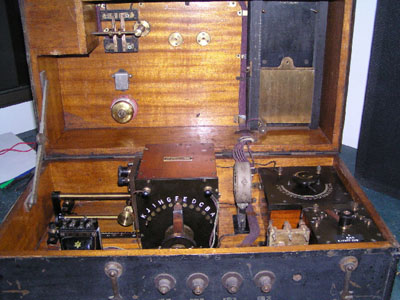 Tuner Type "C" was built at the Royal Australian Navy Randwick depot probably after the Australian Government purchased Father Shaw's Wireless Works as a going concern c1917. The transaction caused a scandal when the purchase fee of ï¿½55,000 disappeared from the account it was put into in very mysterious circumstances. The resulting kerfuffle brought down the then Minister for the Navy and not long afterwards Father Shaw was found dead in a Melbourne hotel room.

The tuner in its current form is a crystal set or, with the flick of a knife switch, a two-valve receiver. The tuning range is approximately 300 - 750kc. The set is able to receive the 3 local ABC National stations at good strength as well as the local airport NDB.

The parts used in the set make it very difficult to determine its age, as some of the parts appear to be have made quite early in the century.

It is obvious that modifications have been made to the set over the years. It is suspected that the valve sockets have been changed (dated 1924) and that the last overhaul was in 1936, when the set complete was renamed. (See circuit page)

The set is a fine example of the excellent craftsmanship of the early wireless constructors.

View of the interior and detector. 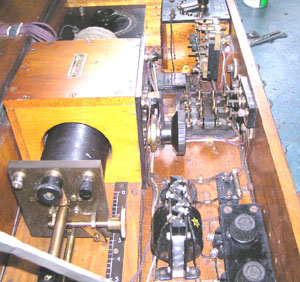 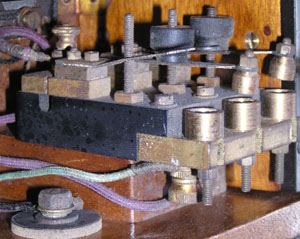 View of the loose coupler and valve sections. 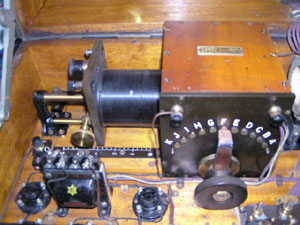 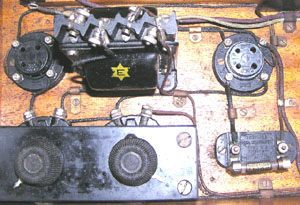 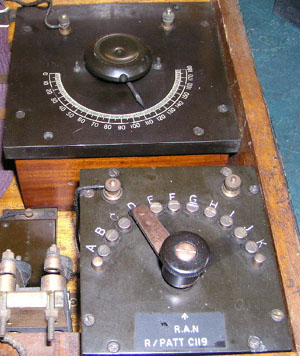 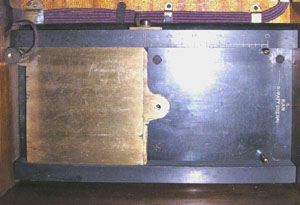