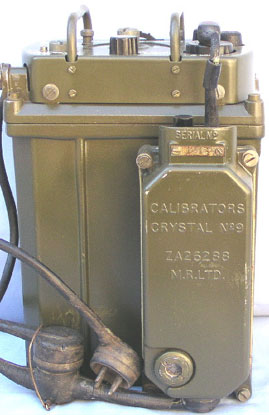 Click to view Circuit or Valve locations in a new window.

The WS38 Mk 3 was introduced in the later stage of WW2 as a replacement for the earlier Marks of the WS38.

It was described as a tropical man pack R.T. Set. (That is an amplitude modulated walkie-talkie in more current terms.)

The set included a dry battery, aerial rods and ground aerial, all carried in a Satchels Signals No 10.

The set covered the frequency range 7.4 - 9.0 Mc/s and was a much improved receiver compared to the Mk 2 version. The range covered was 1 mile with a 4' aerial and 3 miles with an 8' aerial.

On most examples of this set seen today the battery cables have perished badly and it is a rare example that has them in good condition.

The circuit was somewhat similar to the Mk 2, but has the additional feature of a quartz crystal oscillator (285kc/s) used for calibration and netting purposes. The oscillator is very much an added feature since it was disconnected by unplugging from the antenna socket when not in use and could be physically removed from the set. This was to partly allow the basic Mark II design to continue in use but in a more weatherproof case.

As this mark was carried on the wearer's back, the send/receive switch used a mechanical extension cable whilst the Mark II, which was carried in front of the body, had a switch on the set itself.

View of the control panel and part of the interior. 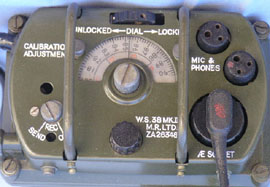 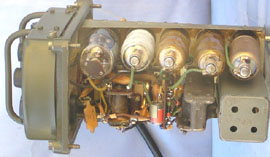 Interior views of top and bottom of the radio. 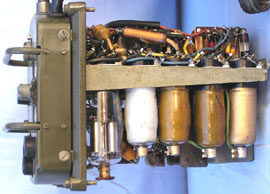 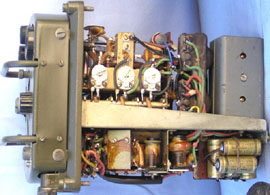 Interior of oscillator and mechanical send/receive switch at the end of a Bowden cable. 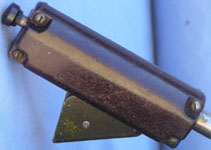